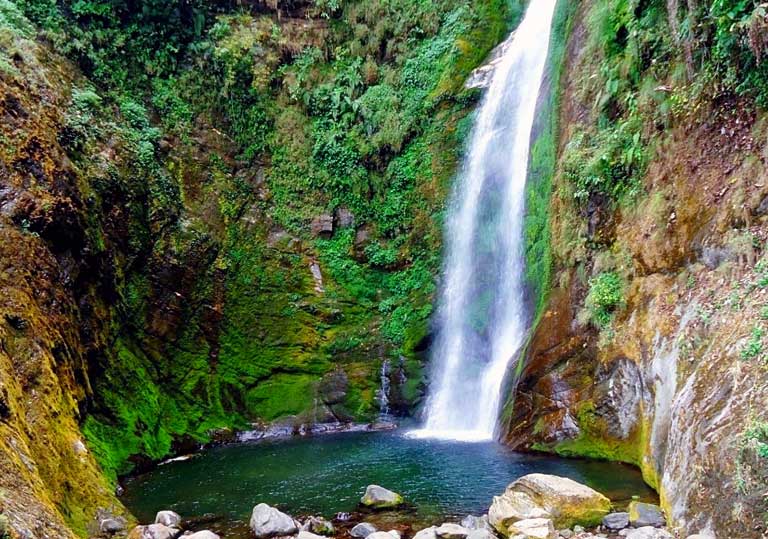 Neora Valley National Park is situated in the Kalimpong subdivision under Darjeeling District, West Bengal, and was established in 1986. The name Neora is derived from the River Neora flowing through it and it spreads over an area of 88 km² and is one of the richest biological zones in the entire Northeast. Neora Valley is called as the land of the elegant red panda, It is also believe that the clean habitat with rugged inaccessible hilly terrain and lavish diverse flora and fauna making this park an important wilderness zone. The entire forest is covered by mountains streams which are ravishing to see and feel the real natural fragrance. Moreover the park is still inaccessible but they are fully trying to making it an adventurous place for the nature lover’s tourist who can take the dare to explore the still-unknown landscape in the Kalimpong hills. The actual reason behind the striking look and the pleasing character of Nora Valley are Extreme natural forests, dense bamboo groves, colourful canopy of Rhododendron trees, lush green valley, sinuous rivers and streams with snow-capped mountains in the backdrop form a picturesque landscape. Rachela Danda is the highest the highest point of Neora Valley National Park borders Sikkim and Bhutan. The Neora River is the major water source for Kalimpong town.

It is also called birds' paradise for bird watchers. There are about 265 species of birds can be found here like rufous-throated partridge, satyr tragopan, crimson-breasted woodpecker, Darjeeling woodpecker, bay woodpecker, golden-throated barbet, and many more. The park consists of mixed species like rhododendron, bamboo, oak,ferns, sal, etc. The valley also has innumerable species of orchids. On the other hand the fauna consist of endangered species such as Red Panda, Clouded Leopard, musk deer and the Black Asiatic Bear. There are many other members of jungle family can be seen here like Leopard Cat, Himalayan Thar, Flying Squrrel , wild Cats and even rarely seen Royal Bengal Tiger also, insects and reptiles also exist here like Lizards, King Cobra, colourful bees, beetles, moths, wasps and bugs.

There are many nearby tourist attraction area in Neora Valley National Park like Tiffin Dara, Red Panda Camp and Changey waterfalls beside Kolakham village, this place has thrilled the visitors by its extraordinary natural activities.