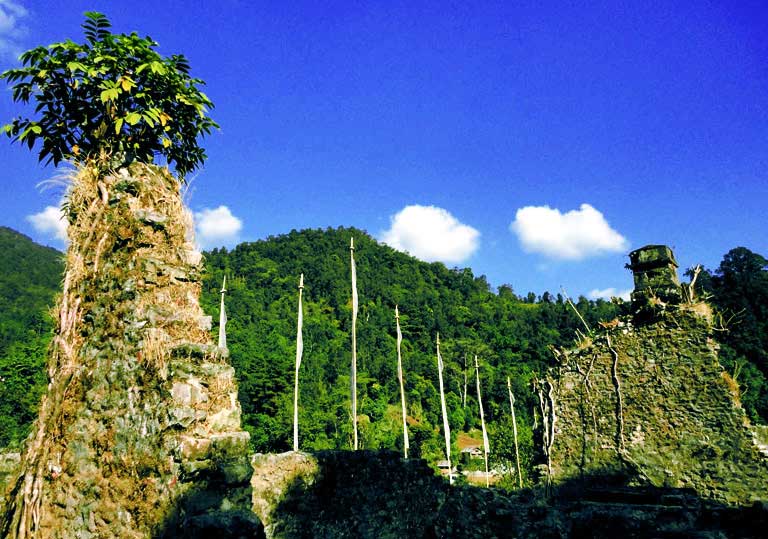 Buxa is a village in the Alipurduar district of West Bengal within Buxa Tiger Reserve. Buxa is one of the oldest settlements in North Bengal. It is 14kms from Alipurduar and 180 km from Siliguri well connected by both motorable road and railways. The name has been derived from Buxa Fort-a fort at an altitude of 867 meters on the Sinchula Range guarding the most important of the eleven routs into Bhutan. Buxa is rich with bio-diversity and has a great collection of rare orchids and medicinal plants. Because of inaccessible terrain some parts of Buxa hills in the Sinchula range are still unexplored. The veritable flora and fauna of these wet forests attracts and nature lovers. Buxa National Park is the largest forest in Dooars.

Buxa is one hour fifteen minutes trek through picturesque surroundings from santhalbari, the starting point. The Historical Buxa Fort was coming under the British India after the 2nd Dooars War between the Bhutan and the British subsidiary alliance of Princely state Cooch Behar. There is a 4km further to Rovers Point or Romitey Dara (the land of beautiful birds at 4,500ft or 1,400m). The migratory beautiful black stork is a visitor of a visitor of the area. A picturesque spot along the meandering Jayanti River forming a nature border with beautiful Bhutan hills, Jayanti is a place to stretch your weary legs as the cool breeze brushes away all the exhaustions. Buxaduar ti Jayanti is another popular treck in the region